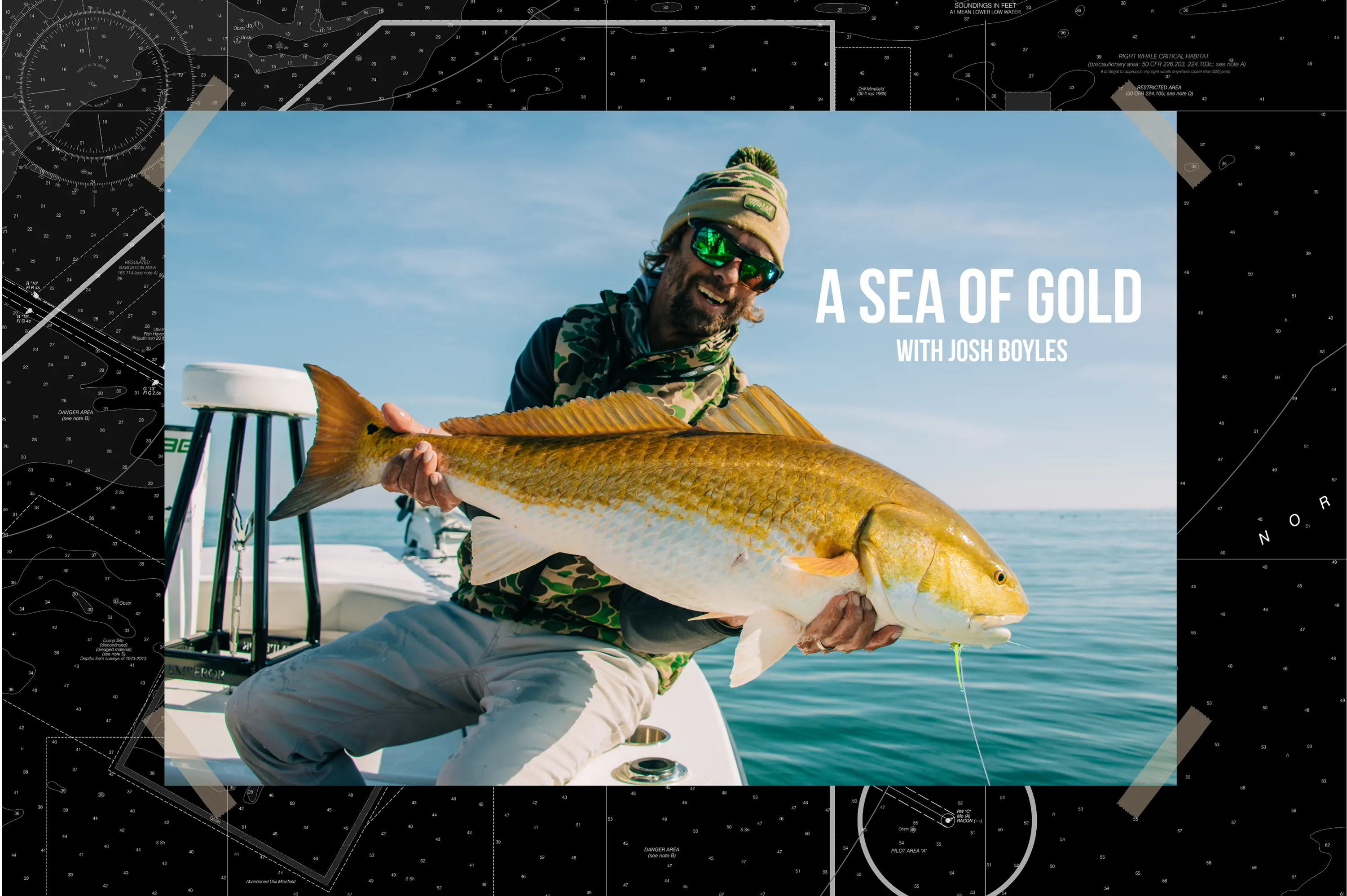 Winter time fly fishing in the Lowcountry can be one of those “hidden secrets” that locals look forward to every year. Cooler weather pulls the curtains of mud-stained water aside revealing crystal clear flats and shallow, schooling redfish. With perfect sight-fishing conditions like that, there’s just no question why most local anglers never venture far beyond their favorite low tide spots.

Well, it’s time to take the blinders off… With favorable enough weather to venture off the beach (and a little help from the birds), you’ll soon realize there’s a sea of gold just waiting to be mined. And when we say a sea of gold, we really do mean a sea of it. Miles of copper and gold redfish feeding in the calm seas just waiting for a fly or lure to be tossed their way. And the best part? They’re BIG. 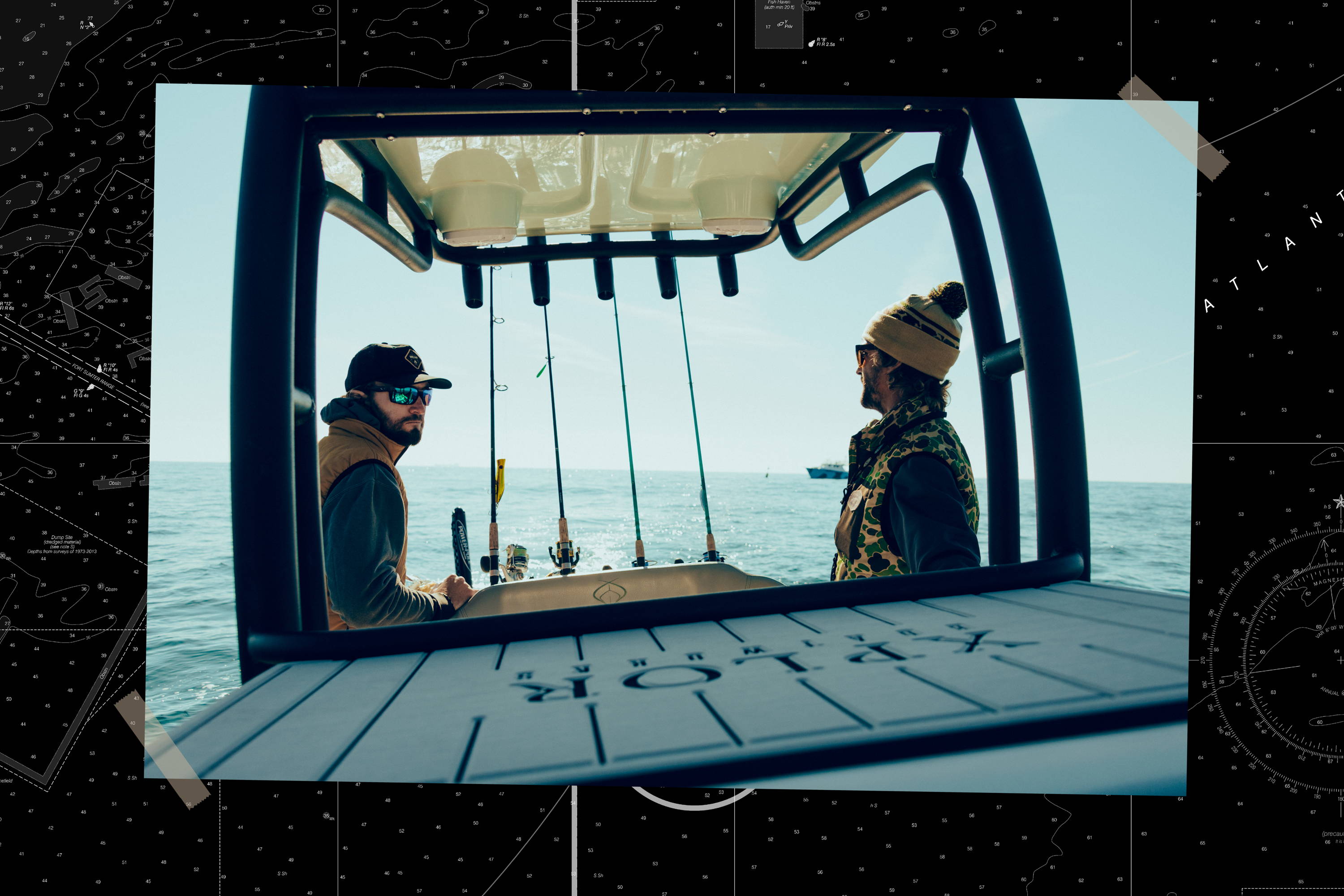 Finding these bull redfish can be the most difficult part of the journey. For me, the hot zone has always been the first contour line from the high teen depths to around 30+ feet, but that’s not always the case. Just don’t give up. Sometimes all you need is a tide switch and a few friendly eyes in the sky as the birds search for bait that the schools push up. While any birds can be a great sign that a school of bull reds might be below, the gannets are the ticket to the show. 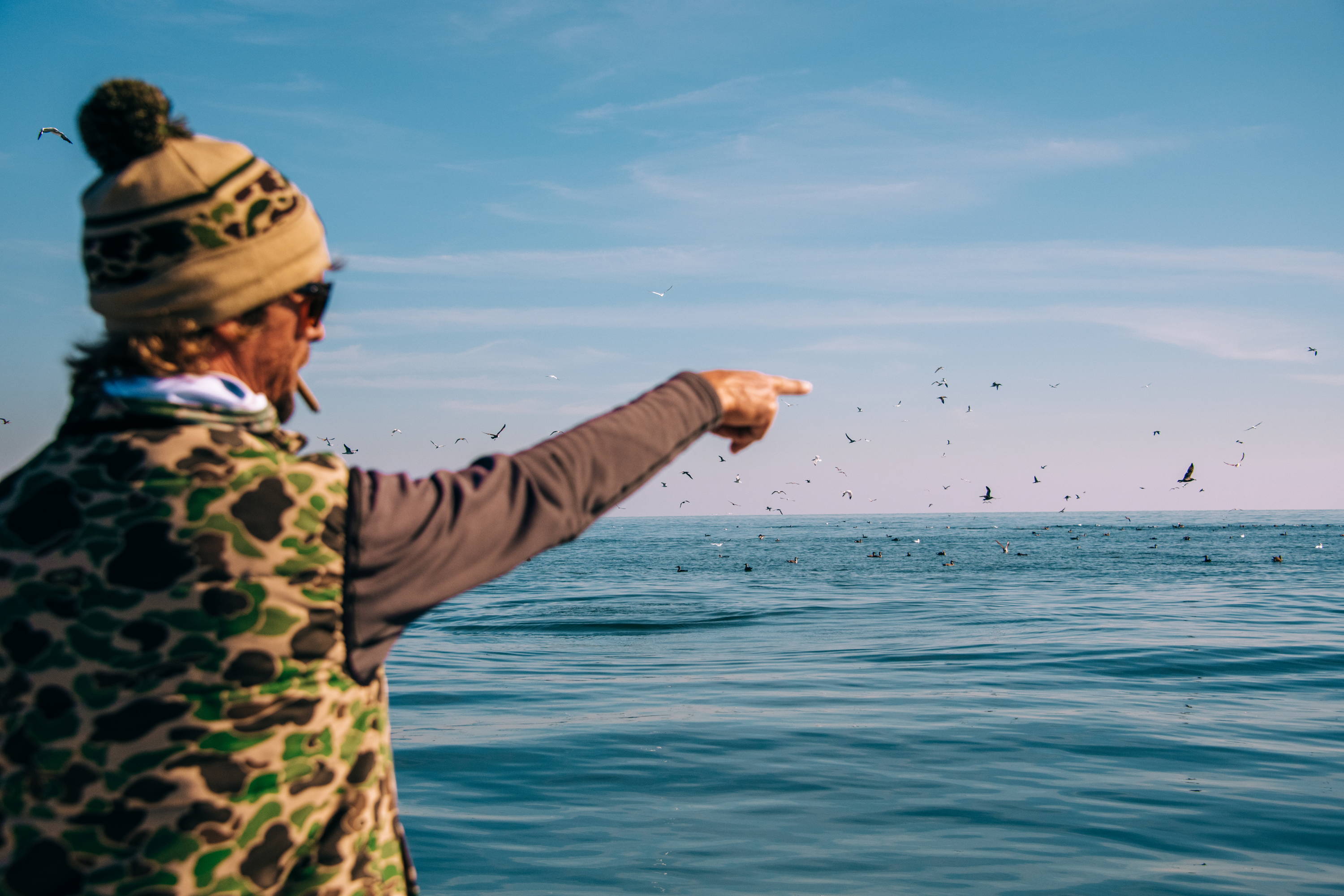 Now, when it comes to fly fishing for these bulls, there’s no pleasing the purists. Tossing 600gr sinking line with the chuck n duck method as a large streamer comes whizzing by your ear could only be deemed heresy in the book of fly fishing elitists. But that’s okay by us. We’ll leave ‘em at the dock for this one. And, if you’re really looking to raise some eyebrows, grab a few heavy spinning rods and jigs to make finding them even easier. 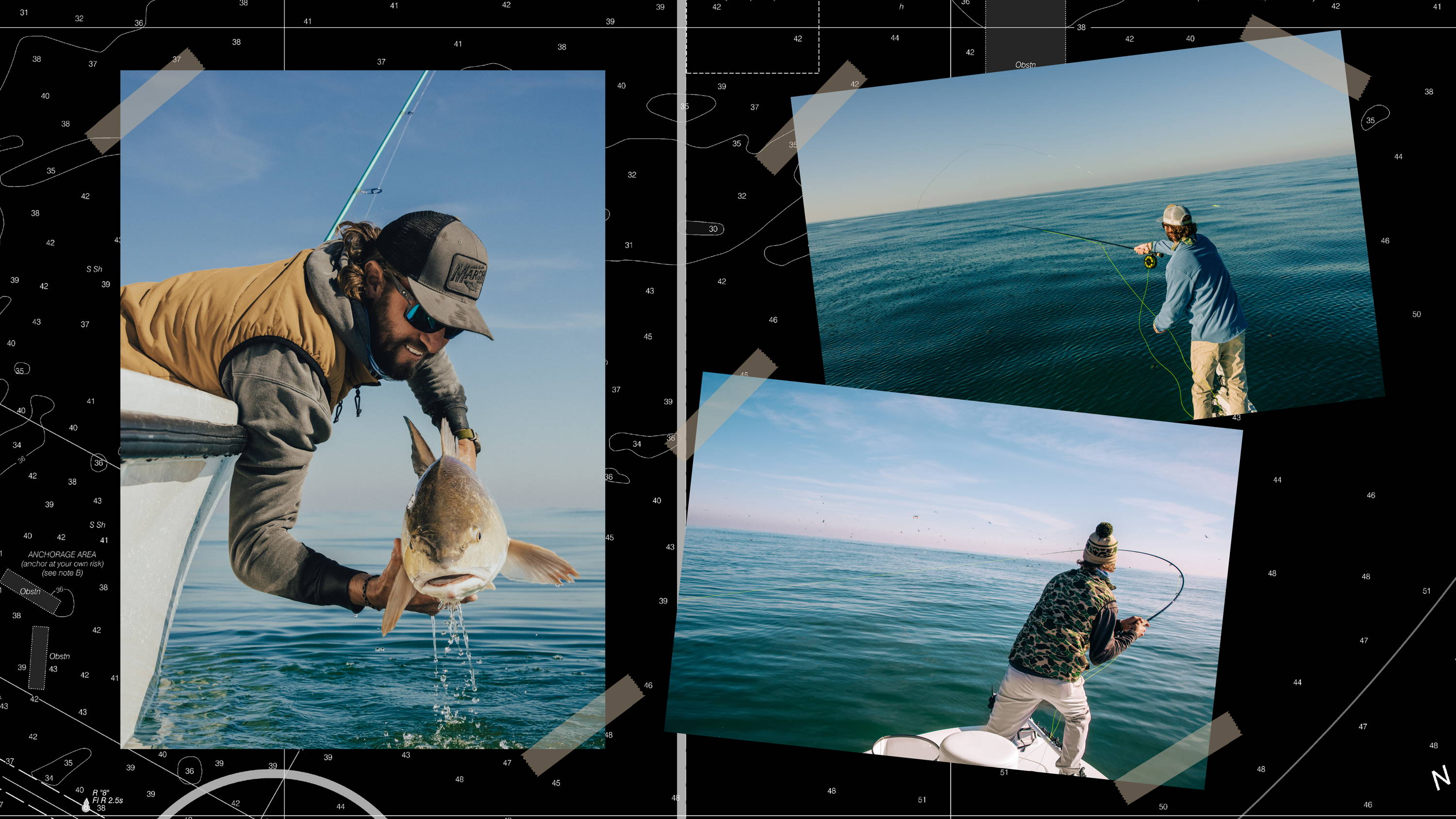 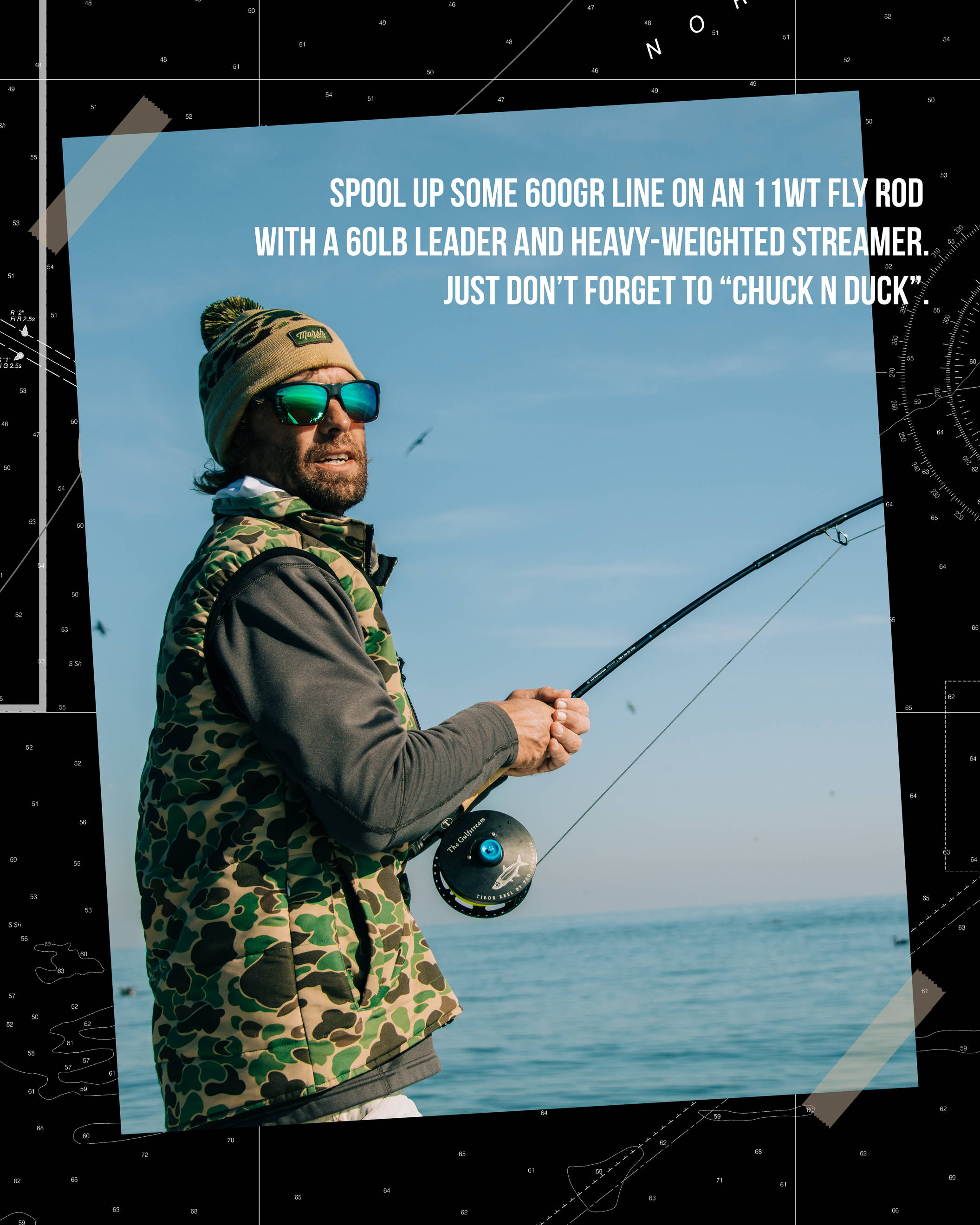 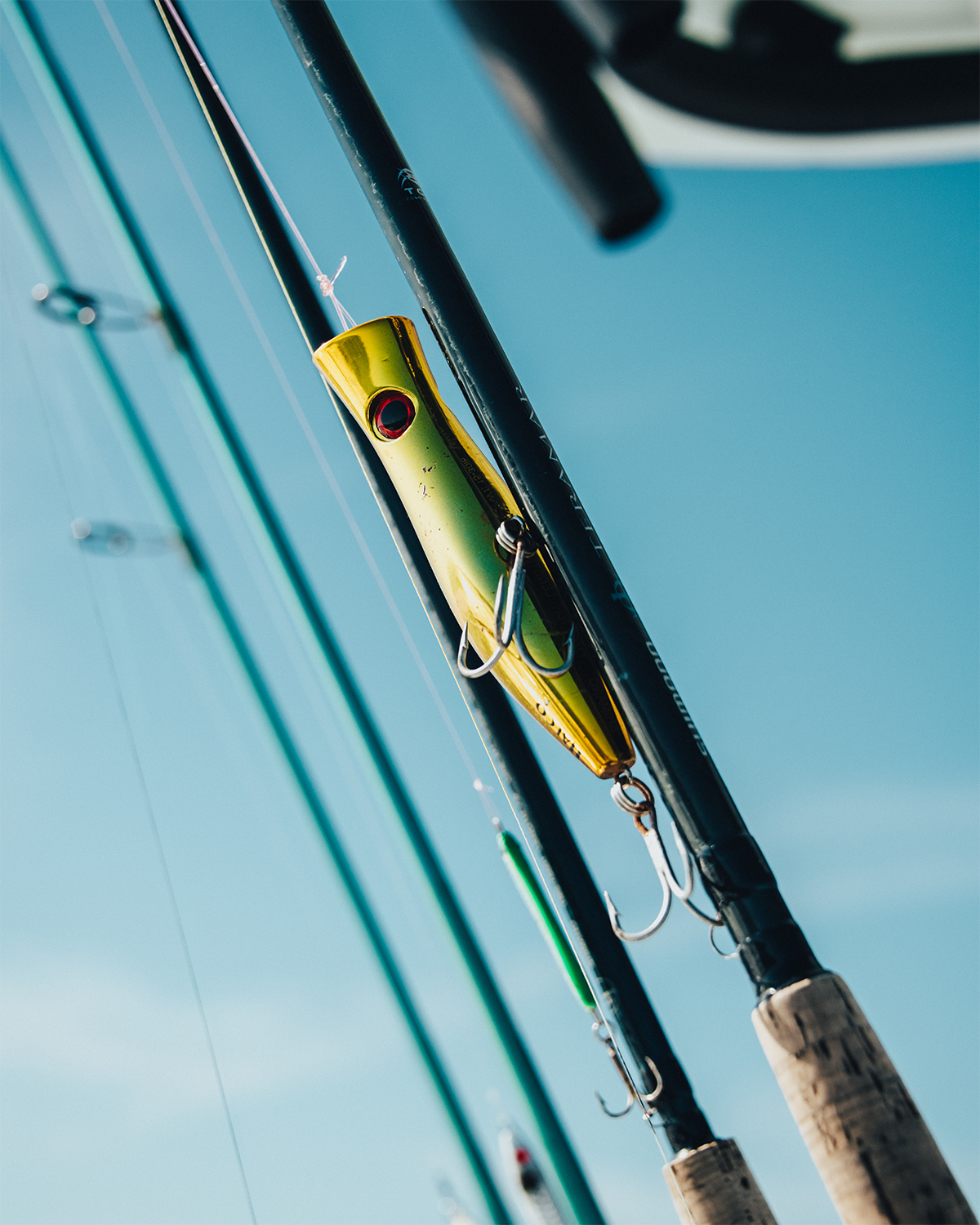 On top of my main sinking line rod, I always have at least one other 10-11wt rigged up with floating line in case the fish float to the surface.

It can get cold out there on the high seas during those late Fall and early Winter days. Make sure you're prepared with good layers that keep you warm when the bite is red-hot. Our recommendations? One of our comfortable hoodies and a Rutledge Vest make a versatile combo to keep the cold out. Top it off with a Mallard Face Mask because the sun sure don’t stop shining just because it’s cold out! 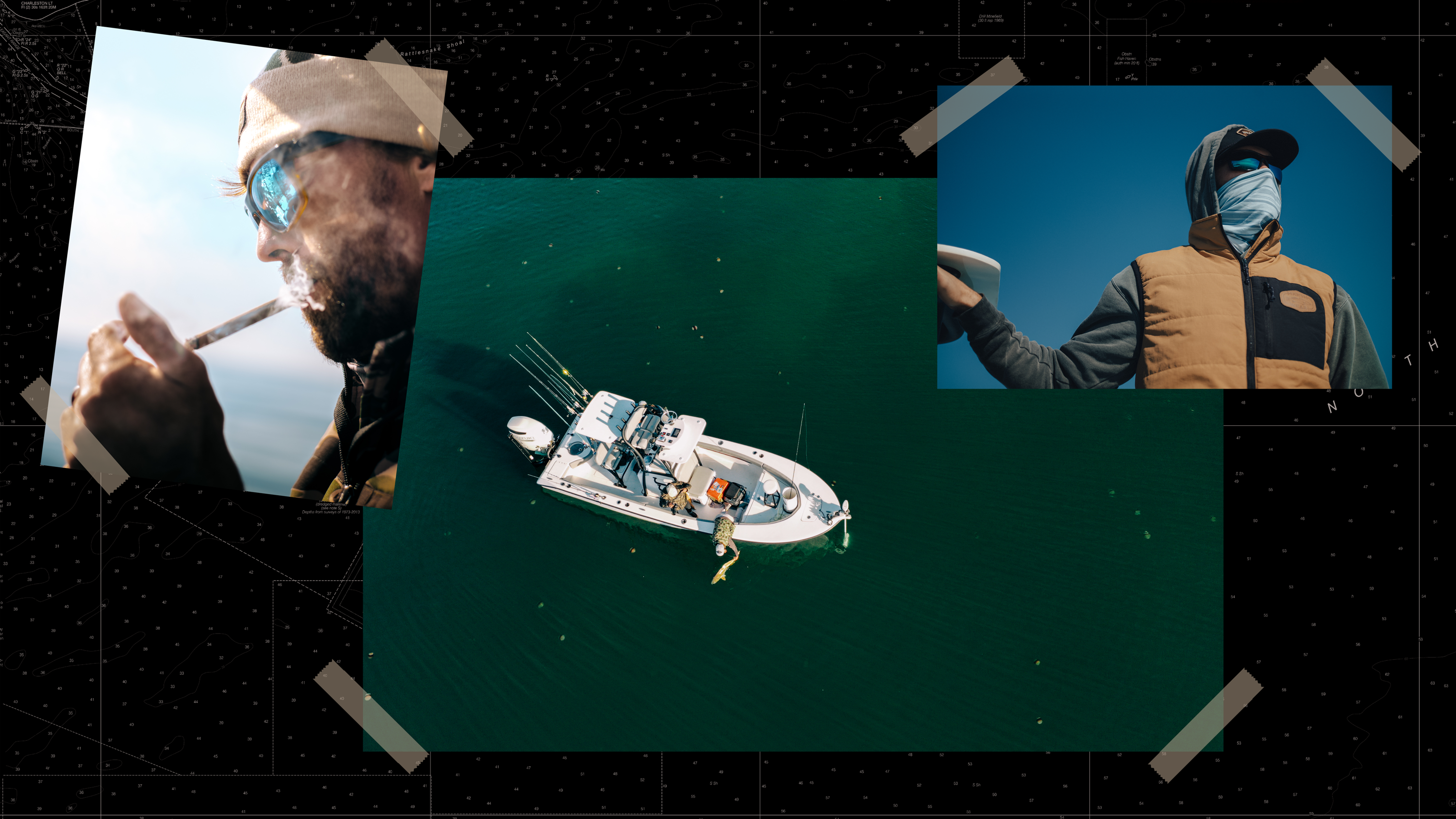 It’s no secret that the bull redfish are the mainstay of our breeding population and, as such, need to be handled with care (no keepers here). Redfish reach maturity right around four years of age and move offshore at which point a biological function occurs called protandrous sequential hermaphroditism. This means the gender switches from male to female at maturity, thus all of our large offshore fish are actually female. And since all of these are large adult fish, they’re going to put up a fight.

Matt Perkinson at the South Carolina Department of Natural Resources said it best, “Imagine you just ran a marathon and someone suddenly cuts your air off. An adult red drum that just gave you the fight of its life probably feels this way when it’s removed from the water.” Make sure to revive each fish before you let them free. Start by holding them at the base of their tail while in the water and supporting their stomach as they’re lowered back into the water. Then, move them back and forth by the tail to simulate natural movement, allowing water to flow through their gills. If you pulled one up from way down there you may need to vent the swim bladder, so always make sure to have a venting tool on hand.

Peak spawning season for redfish in the Lowcountry is mid-August through mid-September. This is also when the water temperature can be at its highest, making mature redfish easily vulnerable to exhaustion from long fights. Our suggestion for August and September? Go tarpon fishing (more on that later) and let the bulls spawn freely, then get after it in the late Fall and Winter!

We’ll see you out there friends. 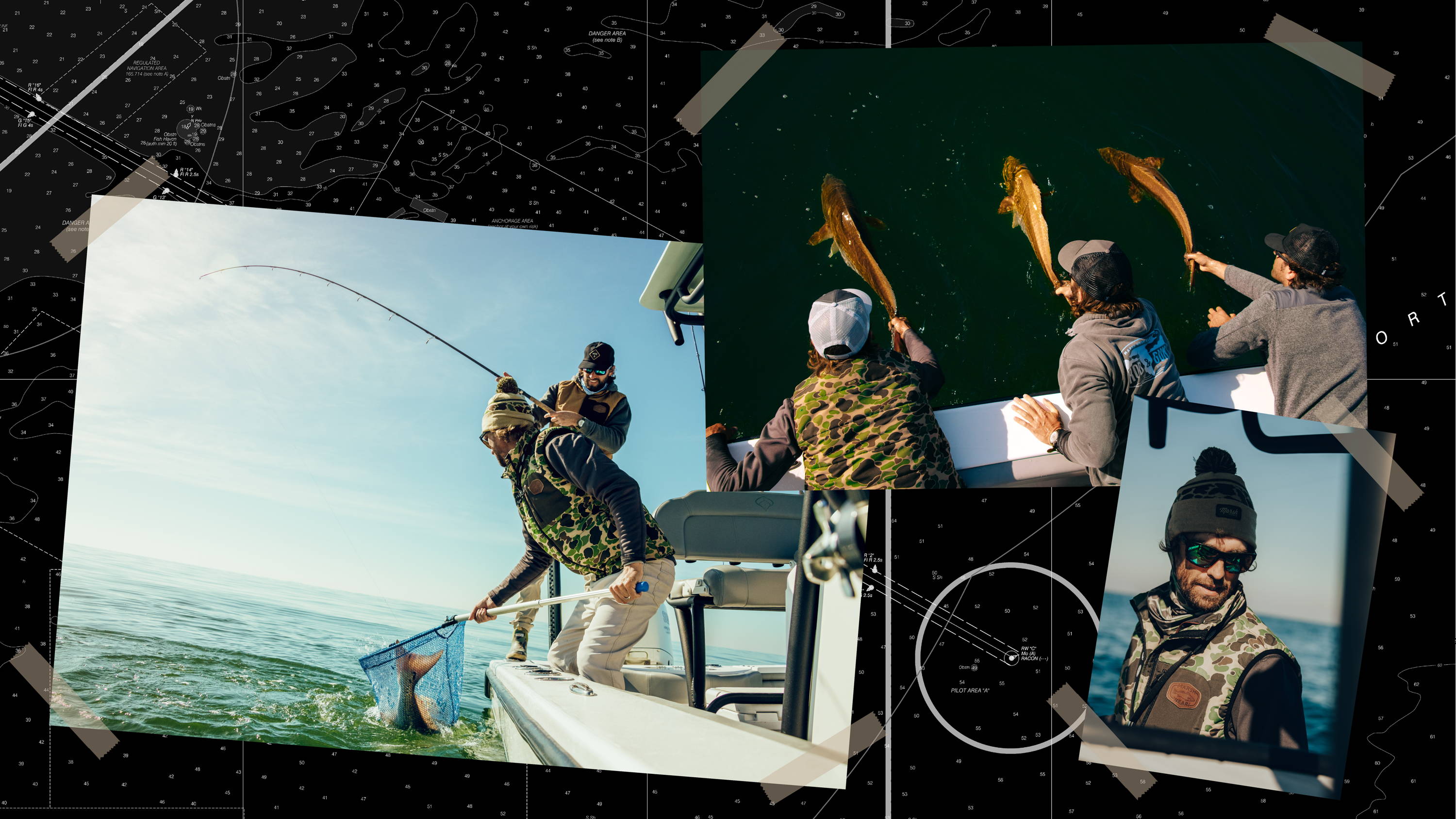 Under The Sun Hooded Zip Fleece